The AIQ code based on Vitali Apirine’s article in the September issue of Stocks and Commodities, “Weekly and Daily Stochastics, is provided below

Using Apirine’s weekly and daily stochastic indicators and a moving average to determine trend direction, I created an example system (long only) with the following rules:

Enter long next bar at open when all of the following are true:

I tested three exits. Figure 8 shows a 21-day hold then exit. Figure 9 shows a three-moving-average trend-following exit. Figure 10 shows an exit using only the weekly &amp; daily stochastic, once both are lower than the day before.

FIGURE 8: AIQ, BUY and HOLD. Here is the sample equity curve (blue) compared to the NDX (red) for the test using a 21-day hold exit.

FIGURE 10: AIQ, W and D STOCHASTIC EXIT. Here is the sample equity curve (blue) compared to the NDX index (red) for the test using the weekly and daily stochastic indicators.

Crude oil and pretty much the entire energy sector has been crushed in recent months. This type of action sometimes causes investors to wonder if a buying opportunity may be forming.

The answer may well be, “Yes, but not just yet.”

Historically the energy sector shows strength during the February into May period.  This is especially true if the November through January period is negative.  Let’s take a closer look.

If Fidelity Select Energy (ticker FSENX) shows a loss during November through January then we will buy and hold FSENX from the end of January through the end of May.  The cumulative growth of $1,000 appears in Figure 1 and the yearly results in Figure 2. 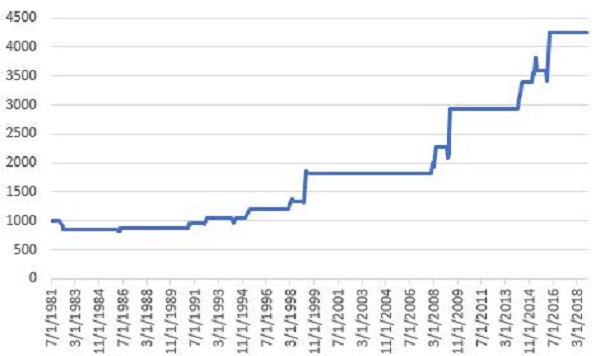 Figure 1 – Growth of $1,000 invested in FSENX ONLY during Feb-May ONLY IF Nov-Jan shows a loss 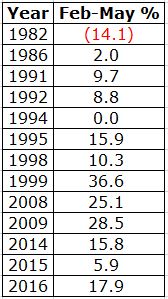 Figure 3 displays ticker XLE (an energy ETF that tracks loosely with FSENX).  As you can see, at the moment the Nov-Jan return is down roughly -15%. 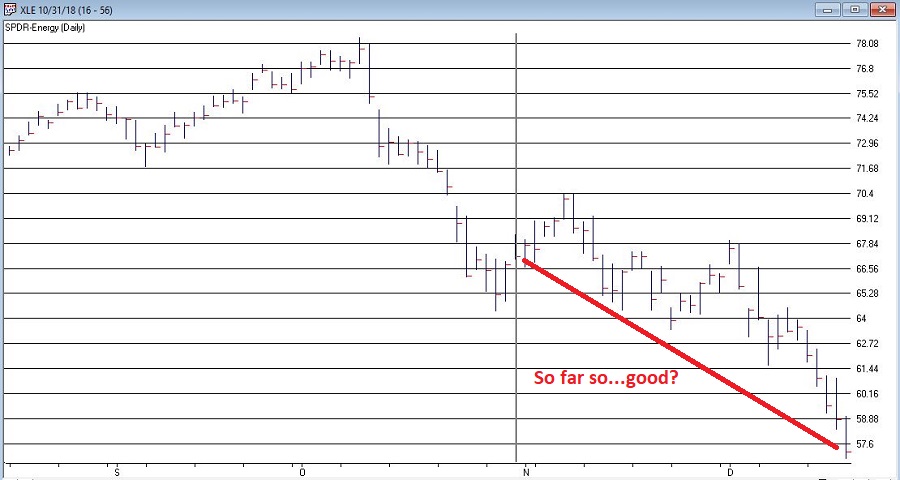 All of this suggests remaining patient and not trying to pick a bottom in the fickle energy sector. If, however, the energy sector shows a 3-month loss at the end of January, history suggests a buying opportunity may then be at end.

Disclaimer:  The data presented herein were obtained from various third-party sources.  While I believe the data to be reliable, no representation is made as to, and no responsibility, warranty or liability is accepted for the accuracy or completeness of such information.  The information, opinions and ideas expressed herein are for informational and educational purposes only and do not constitute and should not be construed as investment advice, an advertisement or offering of investment advisory services, or an offer to sell or a solicitation to buy any security.

The AIQ code based on Domenico D’Errico’s article in the August issue of Stocks &amp; Commodities magazine, “Portfolio Strategy Based On Accumulation/Distribution,” is shown below.

“Whether you are an individual trader or an asset manager, your main goal in reading a chart is to detect the intentions of major institutions, large operators, well-informed insiders, bankers and so on, so you can follow them. Here, we’ll build an automated stock portfolio strategy based on a cornerstone price analysis theory.”

Figure 9 shows the summary backtest results of the range accumulation breakout system using NASDAQ 100 stocks from December 2006 to June 2018. The exits differ from the author’s as follows: I used two of the built-in exits — a 20% stop-loss and a profit-protect of 40% of profits once profit reaches 10%.

FIGURE 9: AIQ. Here are the summary results of a backtest using NASDAQ 100 stocks.

Figure 10 shows a color study on REGN. The yellow bars show where the range accumulation/distribution shows a consolidation.

The AIQ code based on Markos Katsanos’ article in this issue, “A Technical Method For Rating Stocks,” is shown below.
Synopsis from Stocks & Commodities June 2018
I’s it possible to create a stock rating system using multiple indicators or other technical criteria? If so, how does it compare with analyst ratings? Investors around the world move billions of dollars every day on advice from Wall Street research analysts. Most retail investors do not have the time or can’t be bothered to read the full stock report and rely solely on the bottom line: the stock rating. They believe these ratings are reliable and base their investment decisions at least partly on the analyst buy/sell rating. But how reliable are those buy/sell ratings? In this article I will present a technical stock rating system based on five technical criteria and indicators, backtest it, and compare its performance to analyst ratings.
Figure 11 shows the summary results of a backtest using NASDAQ 100 stocks during a generally bullish period from April 2009 to April 2018. Figure 12 shows the backtest using the same list of NASDAQ 100 stocks during a period that had two bear markets (April 1999 to April 2009). The average results are similar except that there are fewer trades during the period that contained the two bear markets. Both backtests use a fixed 21-bar exit.

FIGURE 11: AIQ, BULL MARKET. Here are the summary results of a backtest using NASDAQ 100 stocks during a generally bullish period from April 2009 to April 2018.

FIGURE 12: AIQ, BEAR MARKET. Here are the summary results of a backtest using NASDAQ 100 stocks during a period from April 1999 to April 2009 that contained two bear markets.
—Richard Denning info@TradersEdgeSystems.com for AIQ Systems

The Expert Design Studio code for Jerry D’Ambrosio and Barbara Star’s article, “A Candlestick Strategy With Soldiers And Crows,” in Stocks & Commodities October 2018 issue is shown below.”Among the more well-known candlestick reversal patterns are soldiers and crows. These occur in a three-candle pattern such as three white soldiers or three black crows. Recently, on the website Candlesticker.com, we learned of two other candle reversal patterns—a bullish one white soldier and a bearish one black crow—that require fewer candles. ”

The AIQ code based on Domenico D’Errico and Giovanni Trombetta’s article in August 2017 Stock & Commodities issue, “System Development Using Artificial Intelligence,” is shown here. You can also download the EDS file from here

Are humans or computers better at trading? This question has been around on many fronts since the era of punch cards, and as technology advances, you question whether machines have limits. It’s the same with trading, and here’s an algorithm that may shed some light on which performs better…

See Figure 10 for how to set up the pricing in a backtest.

The AIQ code based on Domenico D’Errico’s article in the May 2017 issue of Stocks & Commodities issue, “Detecting Swings,” is provided here.

The code and EDS file can be downloaded from http://aiqsystems.com/detectingswings.EDS

A better title for this article might be “How to Avoid Losing 98% in Disney.”
The recent dip in the price of Disney stock may ultimately prove to be a buying opportunity.  But for reasons detailed below I am going to let this one pass.
If you have read my stuff in the past you know that I look a lot at seasonal trends.  This is especially true for sectors and commodities – which in some cases can be tied to recurring fundamental factors.  I have occasionally looked at individual stocks (here and here and here), but tend to think that an individual company’s fundamentals can change so drastically over time that a persistent seasonal trend is less likely.
It appears that there are exceptions to every rule.
In Figure 1 below we see that after a strong run up from its 2009 low, Disney finally topped out in August of 2015. Since that time it’s been a string of large moves up and down – with the latest being down. This might prompt one to consider the latest dip as a buying opportunity.  And in fact, maybe it is. But I won’t be making that play myself based simply on a seasonal trend in DIS stock that was highlighted by Brooke Thackray in his book Thackray’s 2017 Investor’s Guide.

Figure 2 – Growth of $1,000 invested in DIS only from the end of September through June Trading Day #5 (blue) versus Buy-and-Hold (red); 1971-2016
*The favorable period showed a net gain in 39 out of 45 years (87%)
*The unfavorable period showed a net gain in only 13 out of 45 years (29%)
*Buy-and-hold showed a net gain in 28 out of 45 years (62%)
Figure 3 displays year-by-year results.
Figure 3 – Year-by-Year Results
Summary
Brooke Thackray found an extremely interesting and robust “unfavorable” seasonal trend in DIS stock.  Of course none of the data above guarantees that DIS stock is doomed to languish and/or decline in the months ahead.  But I for one do not intend to “buck the odds” and play the long side of DIS for a while.
Jay Kaeppel  Chief Market Analyst at JayOnTheMarkets.com and AIQ TradingExpert Pro http://www.aiqsystems.com) client.
Disclaimer:  The data presented herein were obtained from various third-party sources.  While I believe the data to be reliable, no representation is made as to, and no responsibility, warranty or liability is accepted for the accuracy or completeness of such information.  The information, opinions and ideas expressed herein are for informational and educational purposes only and do not constitute and should not be construed as investment advice, an advertisement or offering of investment advisory services, or an offer to sell or a solicitation to buy any security.

The AIQ code based on Domenico D’Errico’s article in the May 2017 issue of Stoks Commodities, “Detecting Swings,” is provided below.

—Richard Denning
info@TradersEdgeSystems.com
for AIQ Systems
Editor note: The code and EDS file can be downloaded from http://aiqsystems.com/Detecting_Swings_TASC_May_2017.EDS

The AIQ code based on Vitali Apirine’s article in the 2017 issue of Stocks & Commodities magazine, “Exponential Standard Deviation Bands”

Editor note: “Author Vitali Apirine presented a method intended to help traders see volatility while a stock is trending. These bands, while similar to Bollinger Bands, are calculated using exponential moving averages rather than simple moving averages. Like Bollinger Bands, they widen when volatility increases and narrow as volatility decreases. He suggests that the indicator can be used as a confirming indication along with other indicators such as the ADX. Here’s an AIQ Chart with the Upper, Lower and Middle Exponential SD added as custom indicators.” 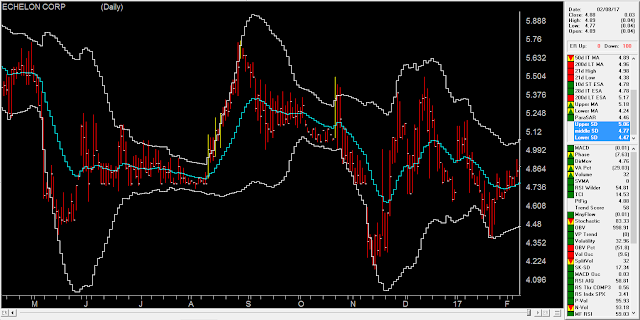 FIGURE 9: AIQ. Here are summary test results for taking all signals from the exponential band system run on NASDAQ 100 stocks over the period 12/9/2000 to 12/09/2016.
The EDS file can be downloaded from http://aiqsystems.com/EDS/Exponential_Standard_Deviation_Bands.EDS
and is also shown here:
!Exponential Standard Deviation Bands
!Author: Vitali Apirine, TASC February 2017
!Coded by: Richard Denning 12/11/2016
!www.TradersEdgeSystems.com!INPUT:
xlen is 20.
numSD is 2.